I challenged fireworks photography again at Tsurumi River Fireworks, which takes places at my hometown Tsurumi, after the review of Anjinsai Fireworks.

Plus, this is the fireworks of my hometown. I wanted to shoot something which symbols Tsurumi Town with the fireworks. There were two options, Tsurumi River Bridge and Morinaga Bridge. Both bridges are more like three-dimensional, and show strong existence together with the fireworks launched highly in the sky. On one hand, Tsurumi River Bridge is arched, and it was once designated as one of the Eight Scenic Spots of Tsurumi. On the other hand, Morinaga Bridge is suspended, and it looks well in the sky despite its small size.

I wondered which to choose for long, and finally decided to choose Morinaga Bridge because I wanted to shoot the fireworks standing together with the bridge. I went there early in the daytime and checked where to launch the fireworks. I positioned in the place where I could capture the fireworks with the focal length of 24mm, and where nobody seemed to sit in front of me. 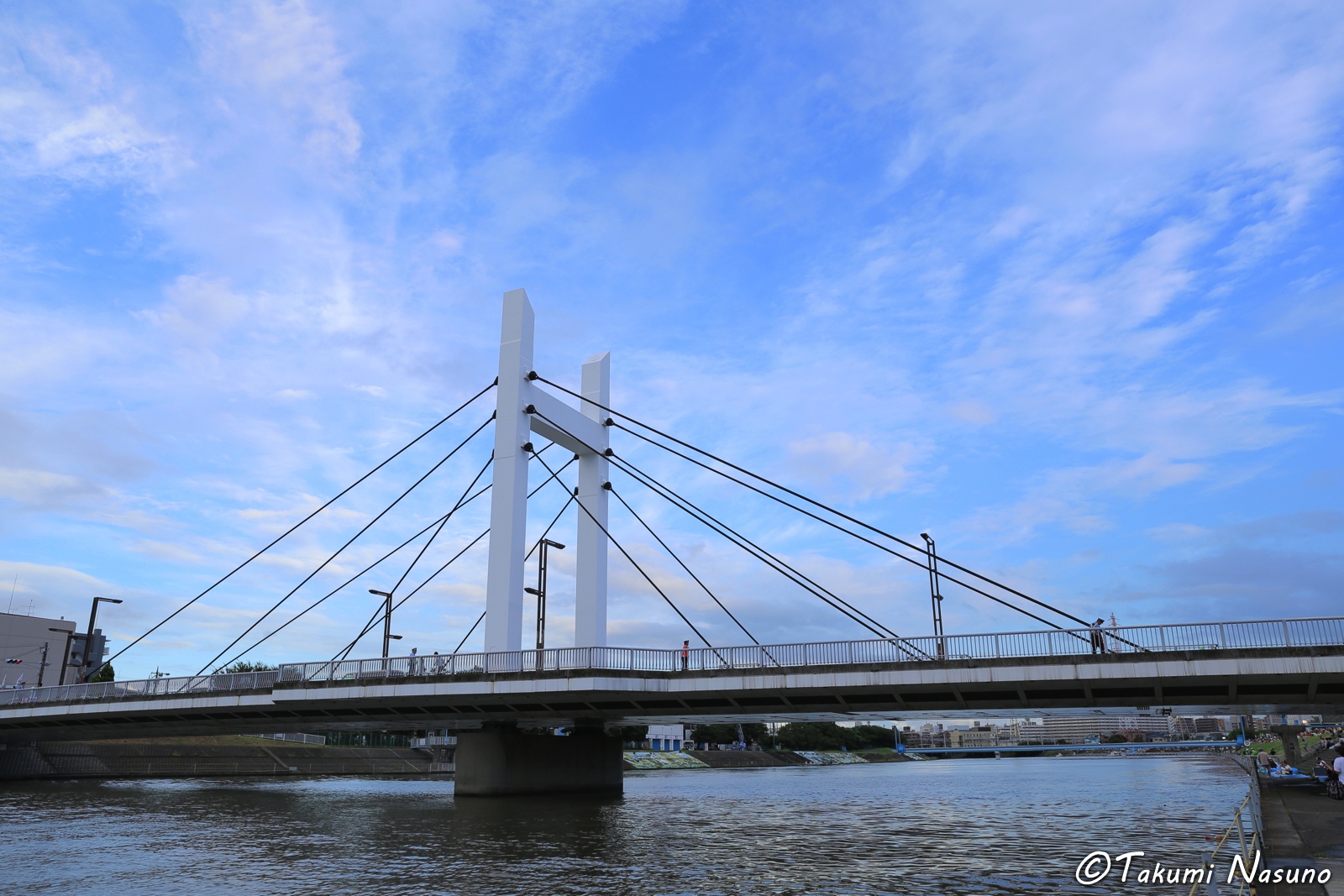 In the daytime, the bridge and its surroundings were like this. It was a good weather in the daytime but not that stable because of the three typhoons coming to Japan. It rained a lot later. As I didn't bring a rain cover for my camera with me, I put the cover for my backpack on it. I played it by ear.

It stopped raining right before the fireworks festival. It was pretty hard to be sitting still in the rain, but everything's OK if it didn't rain during the festival itself. Let's see the 5 photos from my album. 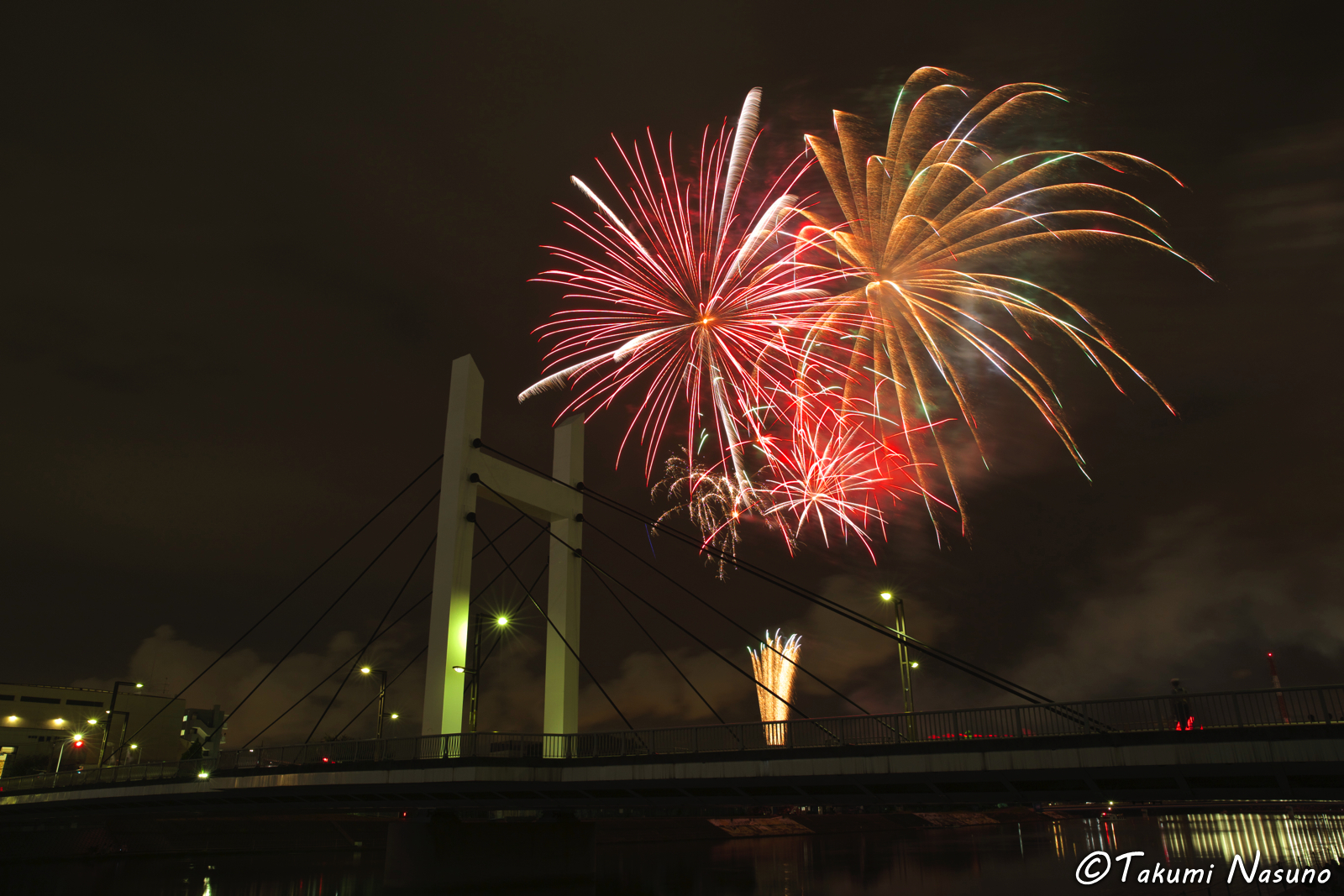 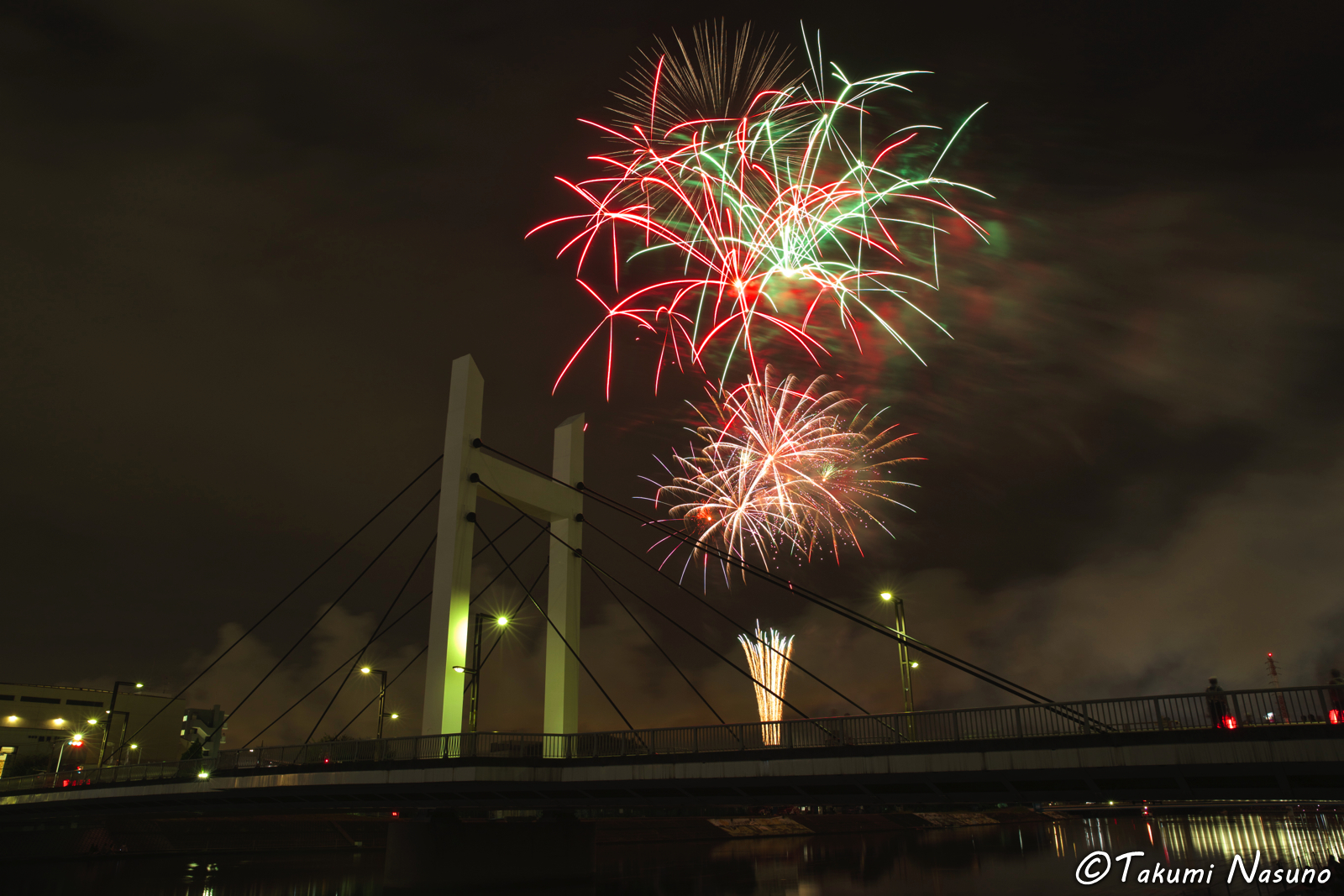 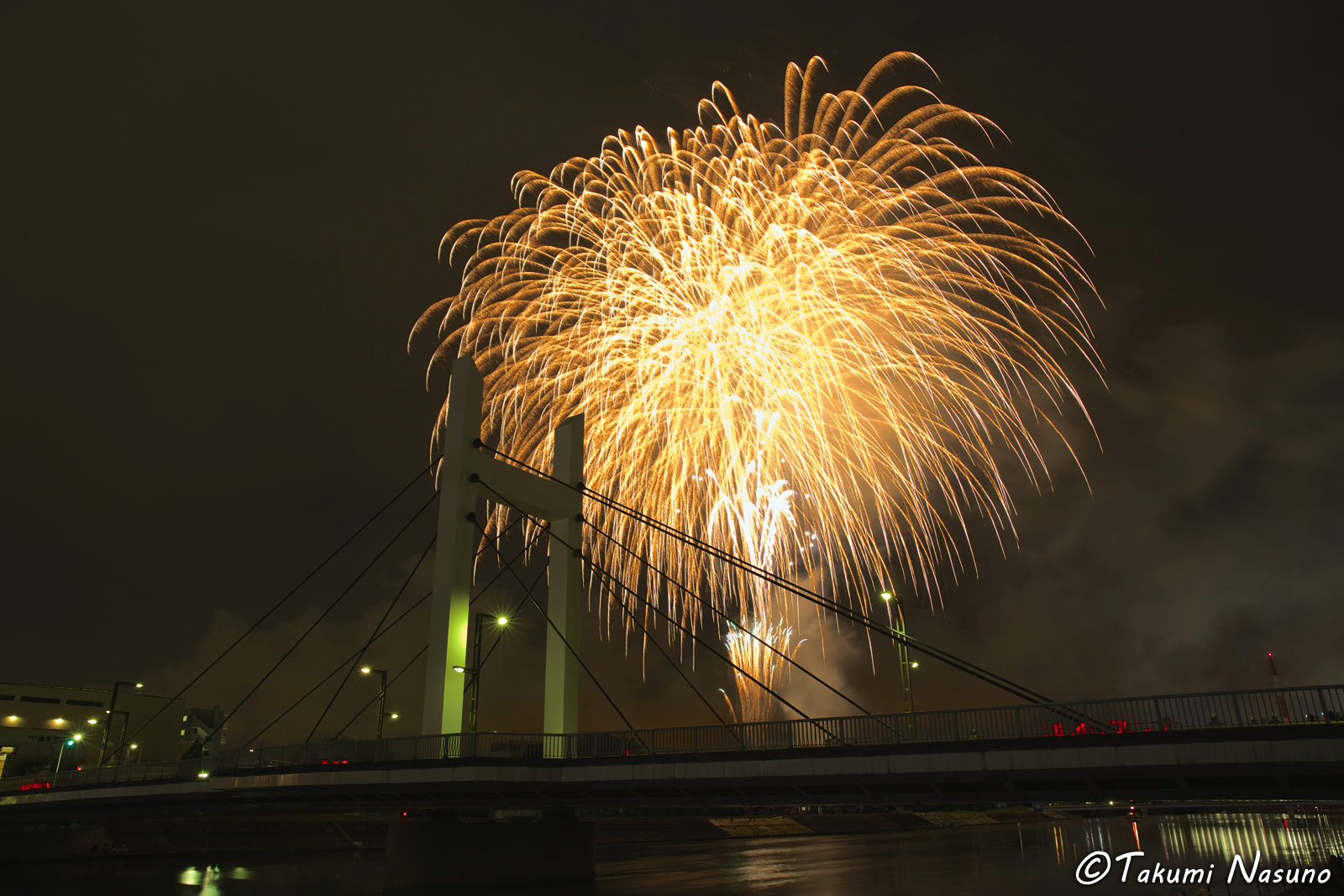 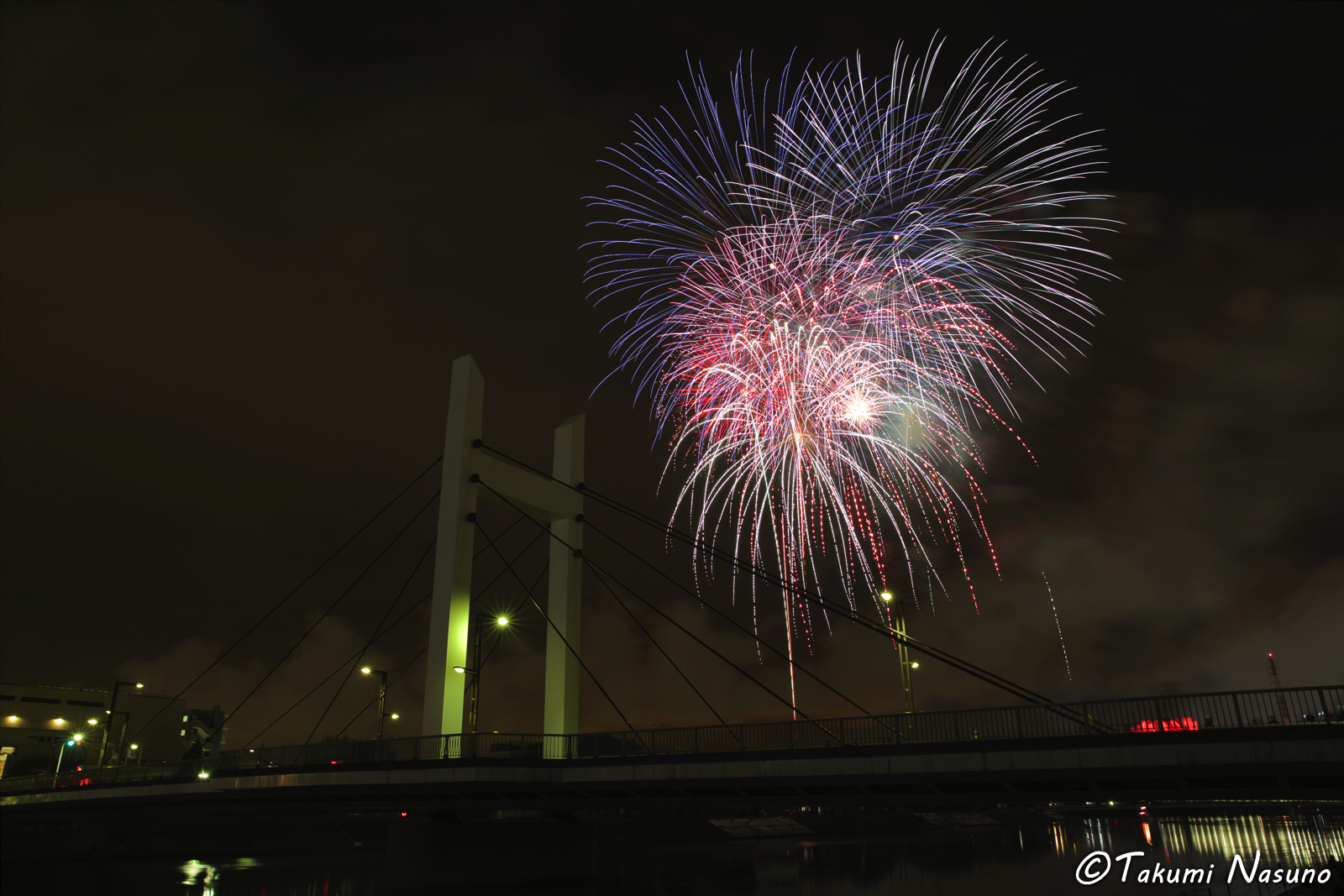 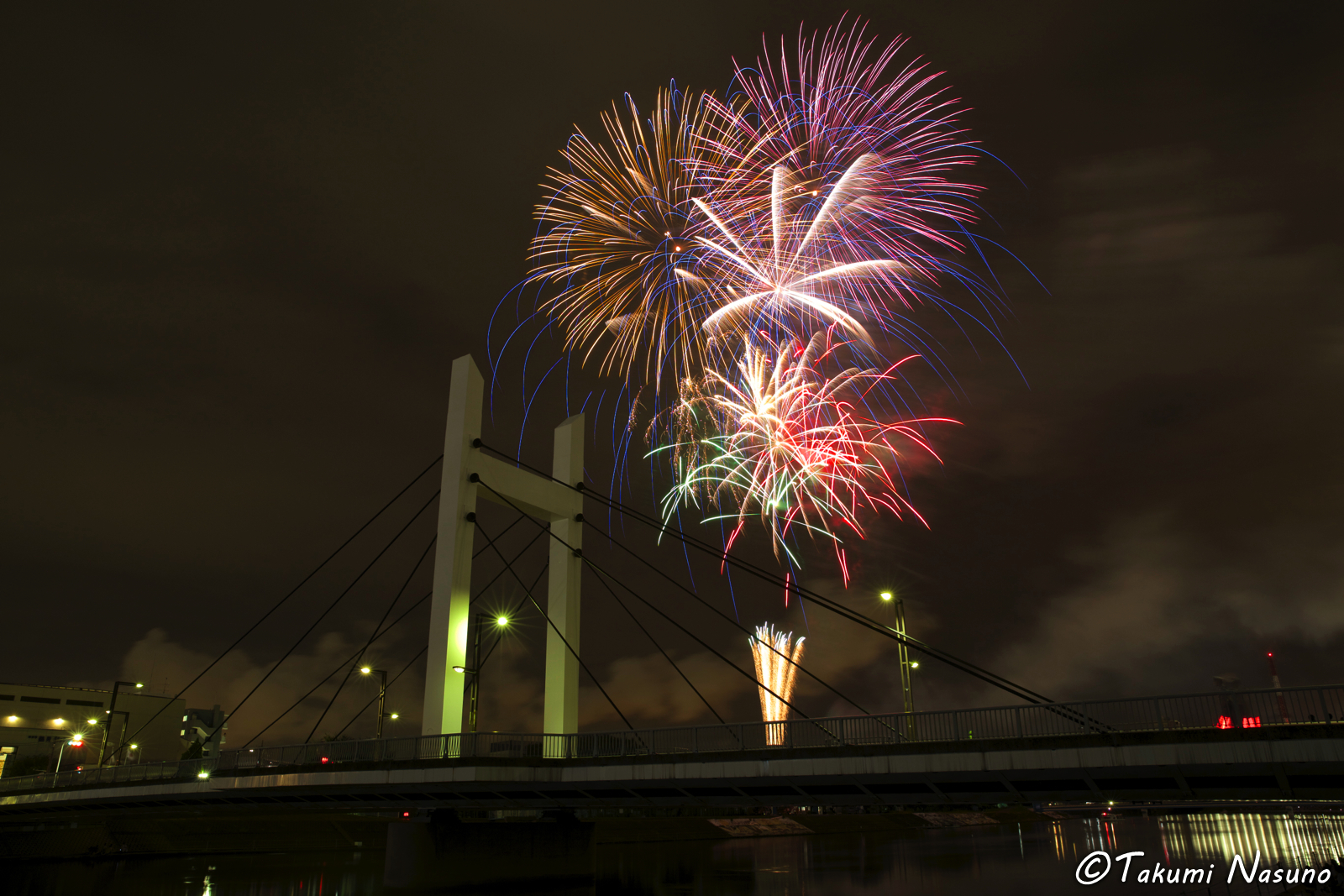 I think that I managed to describe a strong existence despite its small size, in which the fireworks were launched only from one place. I love the last one the most because I managed to capture various colors in the frame.

Tsurumi River Firewoks Festival is mainly for local residents of Tsurumi Town because there is a larger festival along Tama River on the same day. There were much less people who concentrated on their cameras. If you live near here, please come and enjoy it quietly next year.