Superiority of Twitter over Facebook in picture quality, and Hidden element of "Instagenic" in the point of RGB distance 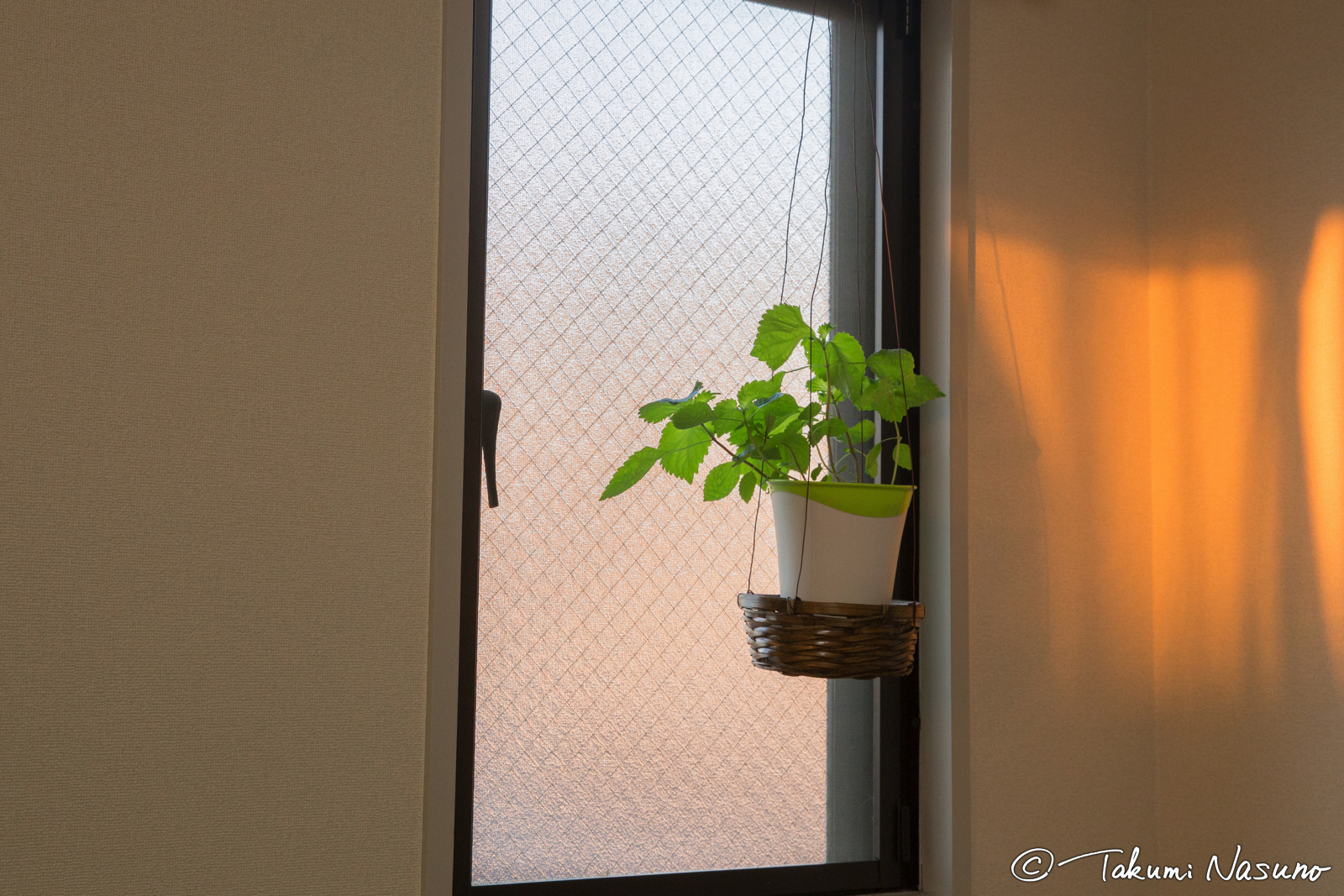 The other day, I uploaded this photo to my Twitter and Facebook via my macbook, and tried to download it  from my android browser as usual so that I uploaded it to my Instagram via my android smartphone. And to my sadness, I noticed a slight difference in color between Twitter and Facebook. What confused me the most is that the color of Facebook, which I'd found to be better in picture quality two years ago, was worse.

This is why I decided to check picture quality in various processes so that I examine my hypothesis that Facebook cuts corners in picture quality of photos downloaded via smartphone.

So, here's a summary of data sizes of photos downloaded from each SNS, and their compression rate from the original photo. 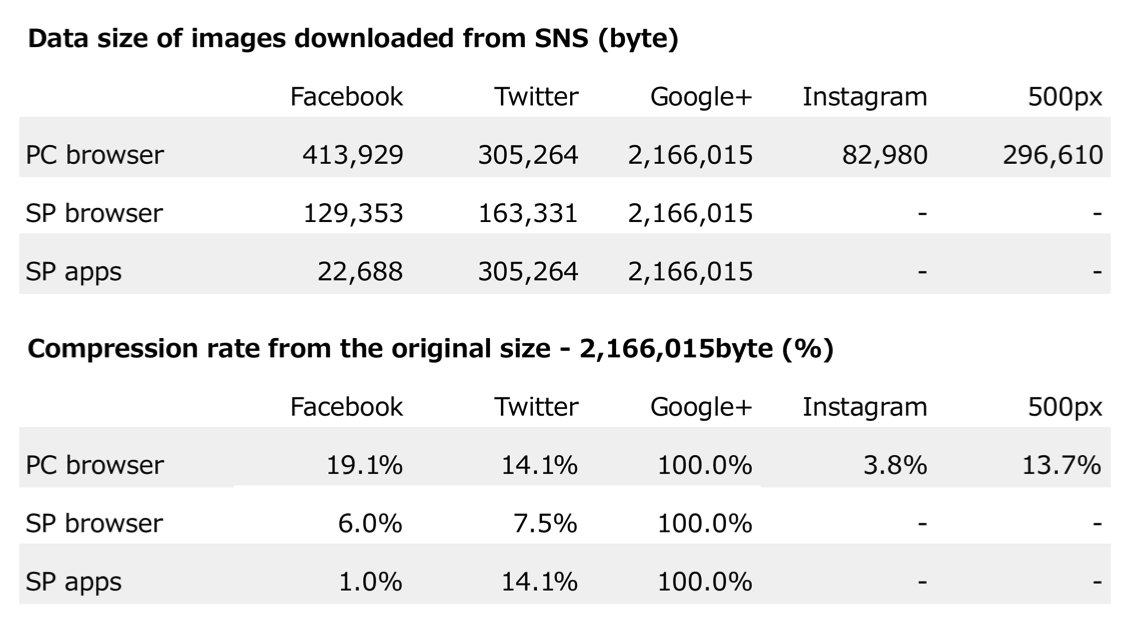 This reversal phenomenon just shocked me a lot because it means that we must care much more in various aspects about where to view photos and to offer photos.

But I had not been convinced yet because only the difference of this 1.5pt was not enough to explain my strange feelings.

I captured the screen of smartphone browser and smartphone apps for each SNS, cropped the same part of each photo, and arranged them in order. The top left photo is the original one. 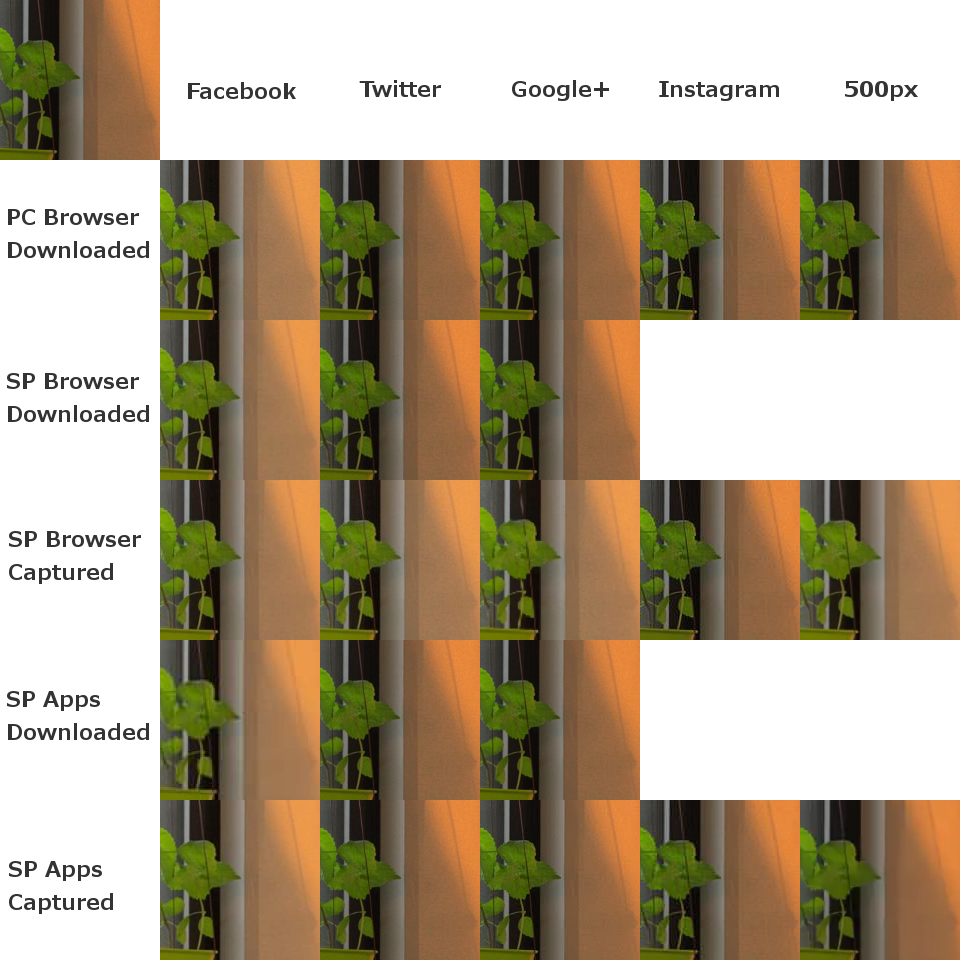 It clearly shows that some of the photos above have perfectly different colors from the original one. To understand the differences more clearly, I measured the RGB of the same dot on each photo and calculated the distance from the original RGB. 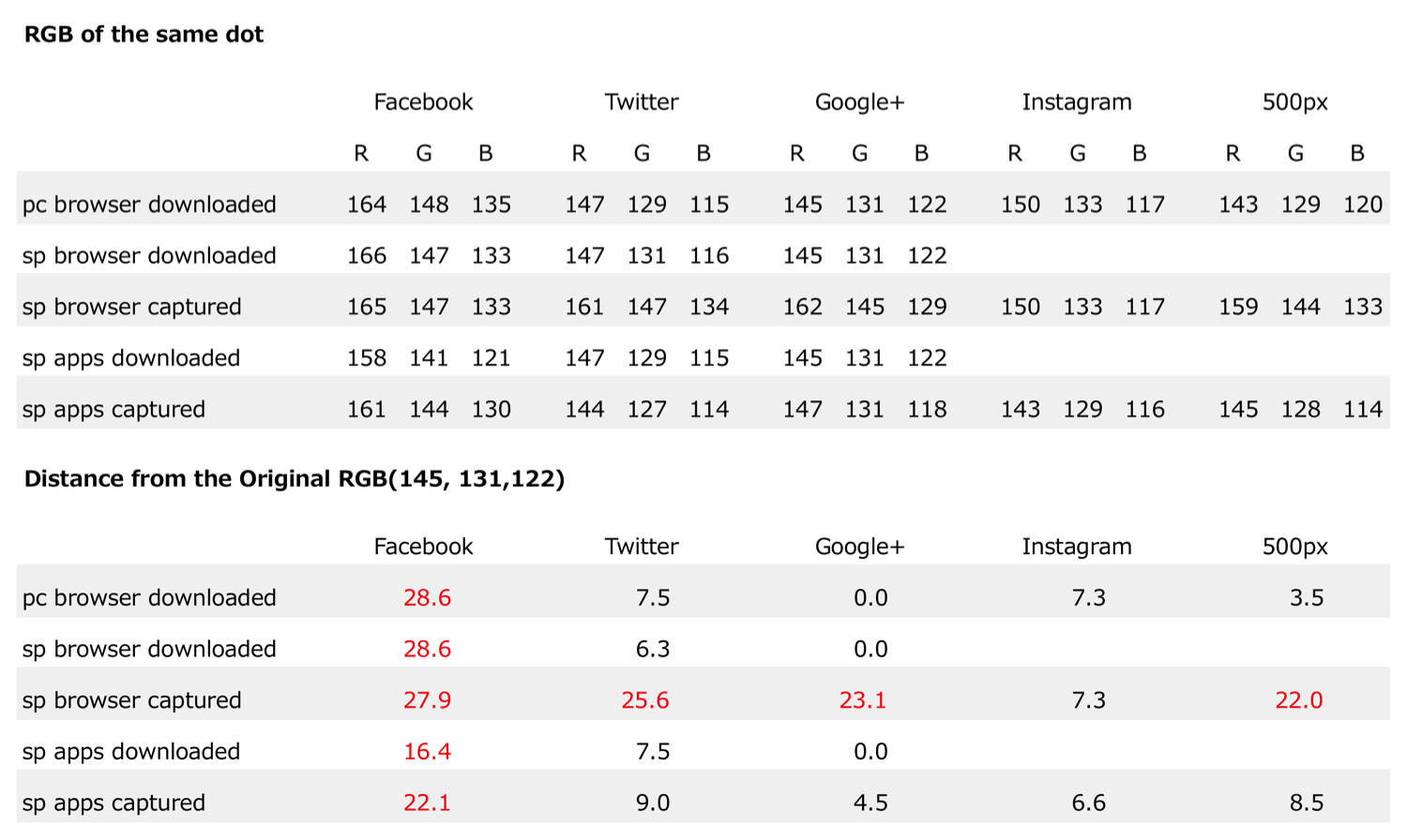 The tables show that colors are greatly changed in the cells in red - any cases of Facebook, and "sp browser captured" cases of Twitter, Google+, and 500px. (I now understand that the distance below 10 can be recognized as almost the same color.)

On the other hand, let's see the row of "sp browser captured", too. The score of Facebook is 27.9, and that of Twitter is 25.6. Both of them are much far from the original. And the available conclusion from the facts above is...

"the colors of the photos on Facebook and Twitter via smartphone browser are far from the original. Facebook appears nicer in picture quality in the point of data size when downloaded, but indeed, its colors are worse in RGB. Thus, we'd better download photos from Twitter to upload them to Instagram."

(*Please note that downloading from SNS is already cutting corners since uploading photos to SNS does compress themselves except for Google+. The best choice to seed photos via email or Google Drive.)

To my surprise, colors are deteriorated in any cases of Facebook, which discourages me to upload photos to Facebook. And by the way, Instagram shows nice color quality in any cases tested above. This result might be the hidden element of successful spread of "instagenic". 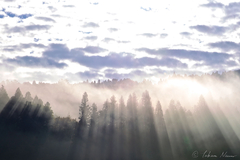