First photos of 2016! I compared two photos of the snowscapes of Niigata Prefecture

I was back in Niigata Prefecture. I spent the New Year's days with a kotatsu table (Japanese traditional foot warmer) and oranges. The weather was bad on the first day so I decided to take photos on my way back to Tokyo on the second day. The shooting location was the service area of Echigo-kawaguchi. The area was entirely surrounded with snow, worth its name of being a snowy county.

I went to the inner area of the service area, where almost nobody was there. Then I saw an open field there. I was convinced that I could take good photos. The result was below. 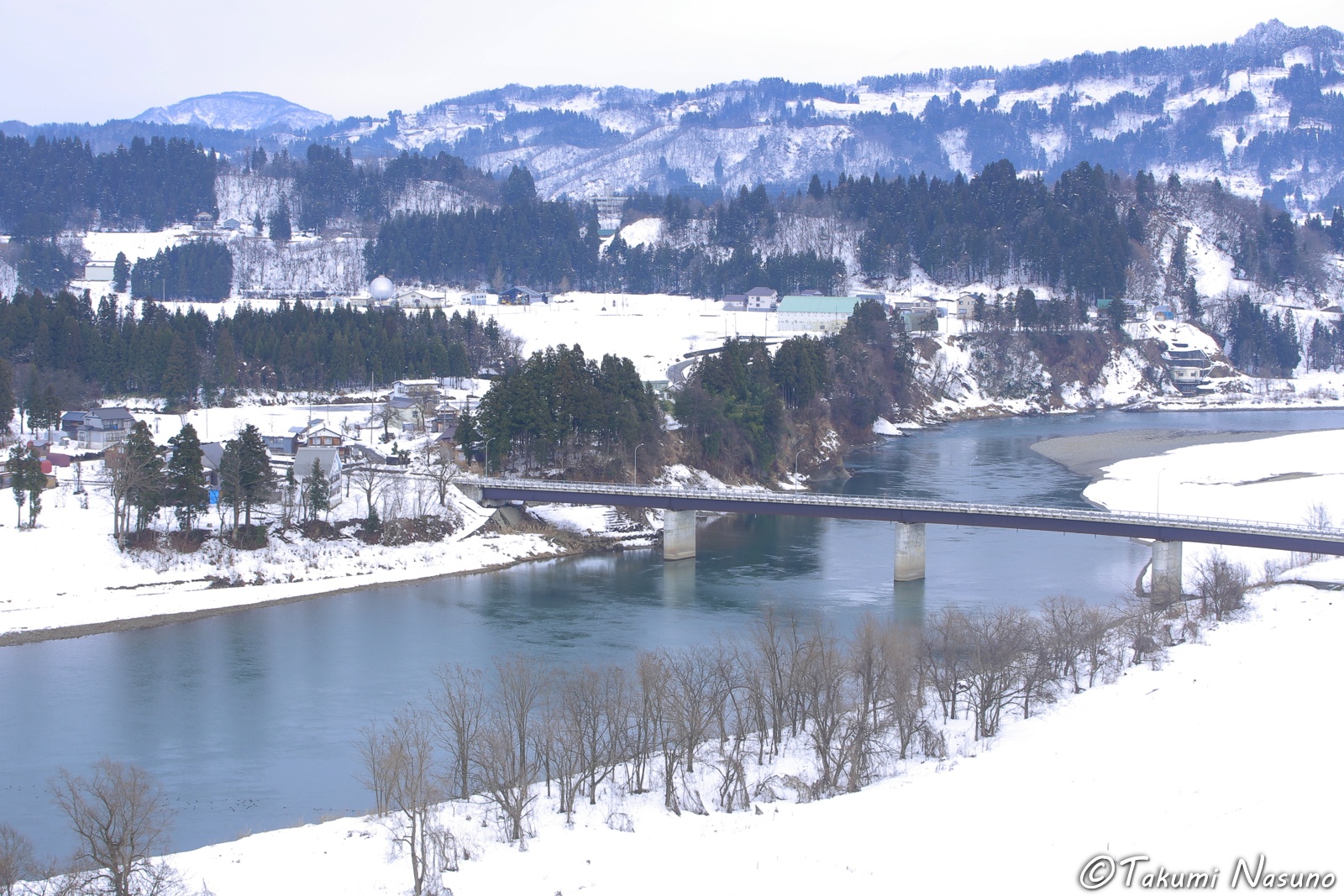 The first subject was a bridge towards the village. I chose the focal length of 70mm because I wanted the mountain ridge and both the right and left sides of the river to be within the frame. By the way, my first trial with the 50mm was in failure, sparing too much space for the empty surroundings.

It was not suitable for standing firmly there because of the snow. Plus, there was nothing to support my body. This is why I chose the relatively faster shutter speed of 1/20 seconds. I was afraid 1/5 seconds or 1/10 seconds would only result in camera shake. As a result, the aperture was f/11. Because this is a telephoto, everything looks clear even without the large F-nubmer of 16. Needless to say, I kept the ISO value to be 100. I love this snowy mountain being bluish thanks to aerial perspective. 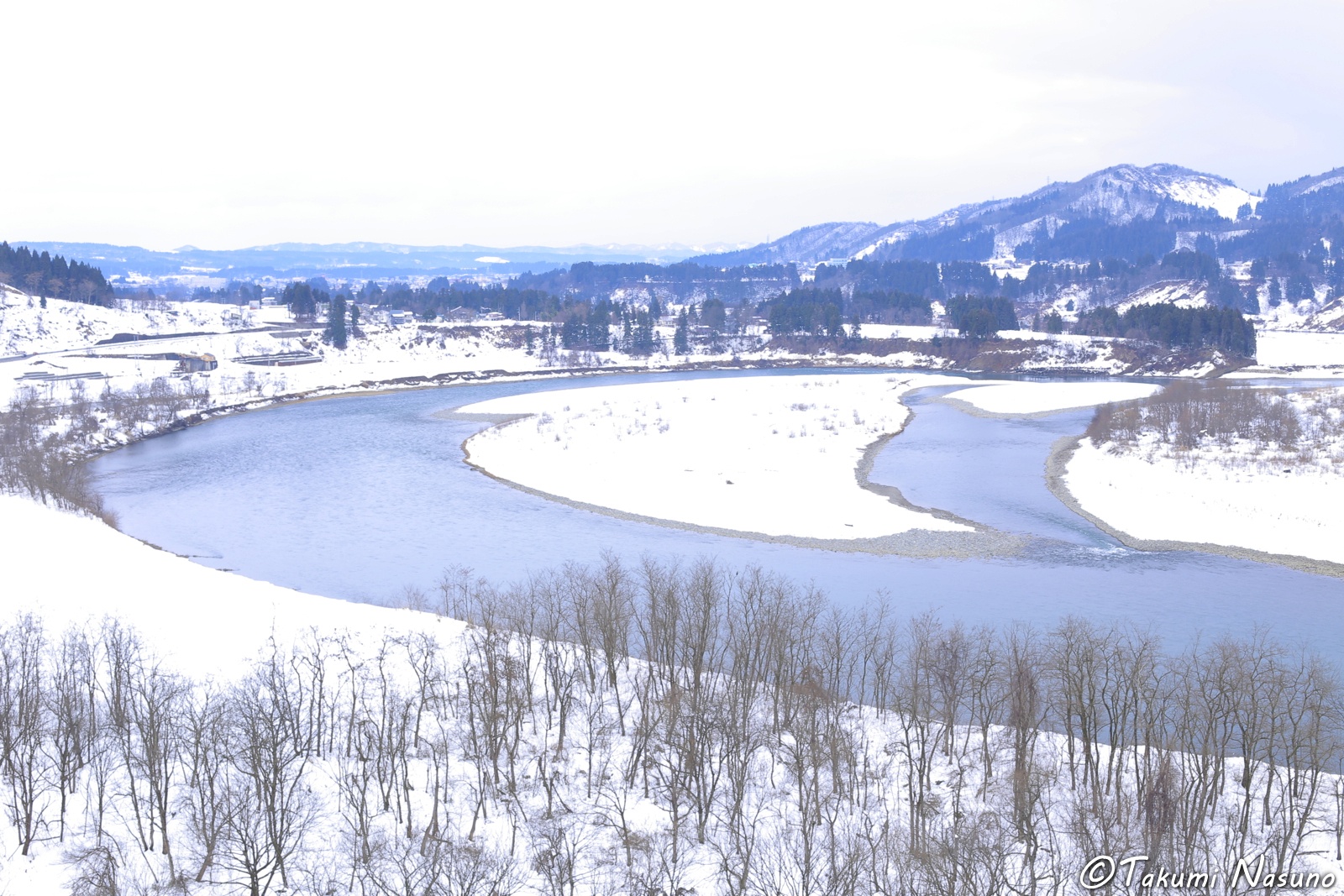 The second was a winding river in the lower stream. I used a different lens, the standard lens of 50mm, to capture the whole figure of the winding river. I assigned lots of space for the woods at the left side of the river, but there still remains a lot for the empty sky. Compared with the first photo, I feel wideness from the second photo.

Well, the shutter speed, the aperture, the ISO value were all the same with the first photo. The surface of the river reflect the light from the sky, which made it attain more sky blue color.

I compared these two photos, and thought that I prefer the first. The second was like having an impression of overwhelming nature, but the first was like making me feel the people's lives of the snowy county. Compared with such people's lives, the mountain might look more huge and outstanding, giving peace of mind to me.