The Pretty Three Guardian Deities of Children are Surrounded by Lycoris Radiata at Hasedera Temple in September - Scenery Changes Every Season! 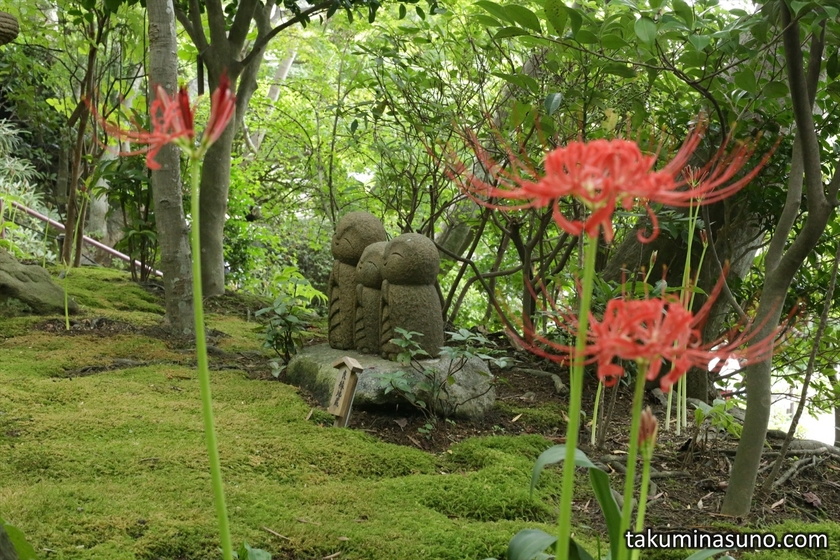 I had an opportunity to visit Kamakura so I dropped in at Hasedera Temple. There were loads of people, the same as I saw lots of times in the past, but the three Guardian Deities of Children were sitting at the same place, always smiling to visitors. September is a season of Lycoris radiata so the deities were surrounded by the vivid red color of Lycoris radiata. This is amazing.

Let's see how they looked in other seasons... 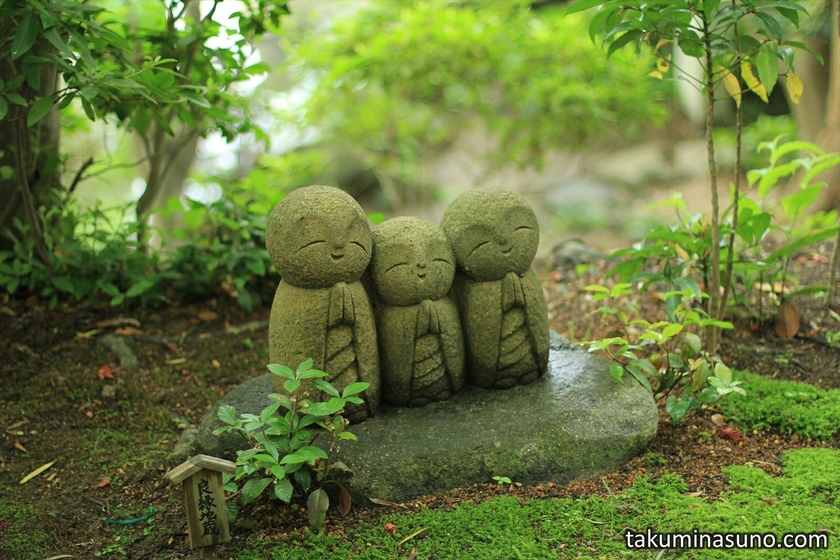 Here's one from June 2014. The green color of the leaves are relatively fresh. The quality of the photos is so so, but it is sad to say that Hydrangea is not in the photo despite being taken in June. I will try to take a photo with Hydrangea next year! 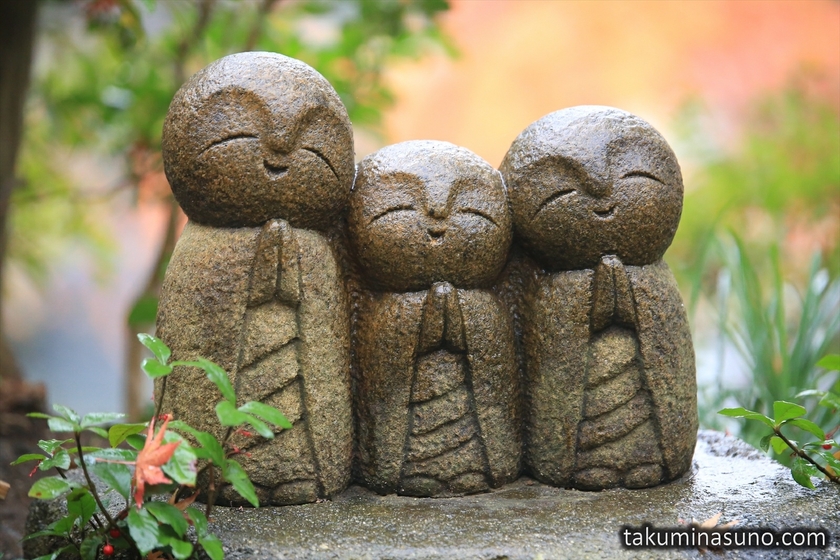 Here's one from December 2014. Autumn colors are still available at Kamakura in the beginning of December so the background is the mixture of yellow and orange. The orange fallen leaf at the left front side looks good. I like this photo pretty much.

The impression of the deities seem to change a lot. I want to take photos of the various versions!