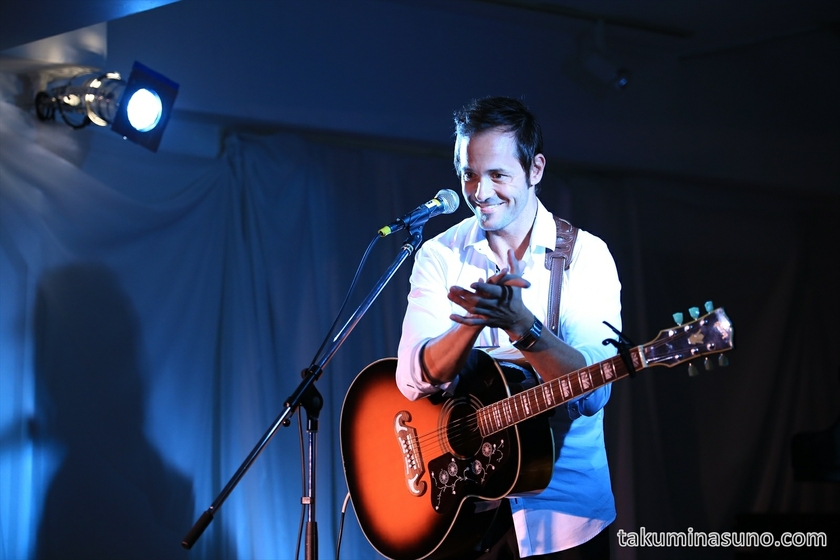 Do you want to have fun and learn French? Then, I definitely recommend you to listen to his songs.

Christian Sbrocca is a Canadian singer-songwriter who sings in French. He was born from his Italian mother in Montreal, Canada in 1974. (His father is also Italian.)

He started to play the guitar when he was young, and soon the piano. But his talent was not limited to music. He surprisingly became a professional ice hockey player in 1996, and kept his great career for about 10 years. But his passion for music finally made him devote himself into music.

He once wrote music in English because more people listen to English songs than to French. But he soon realized that the mother tongue is the best way to describe directly how he feels and what he thinks. His lyrics are said to be passionate and poetic, and are so popular that he has offered his lyrics to many other musicians, most of whom are more famous than him. 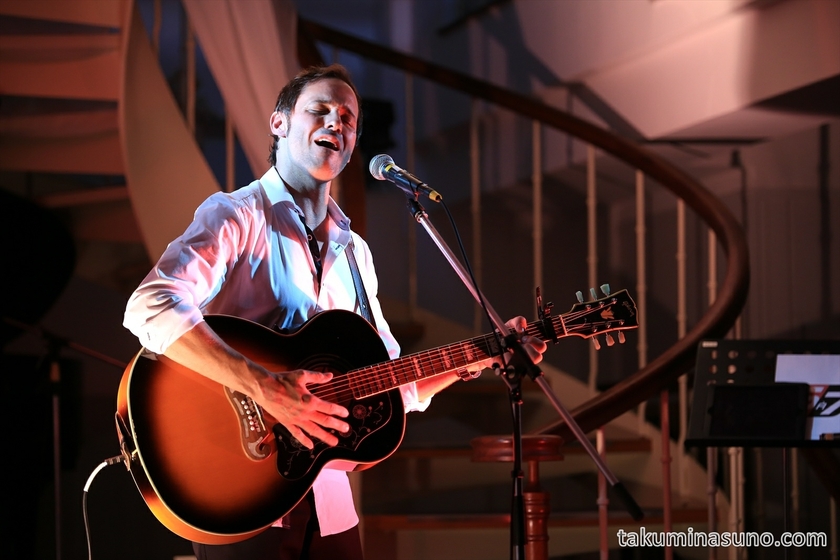 Christian Sbrocca sings his own songs passionately with his guitar. He creates his own world of music not only by his sound but also by his talks. 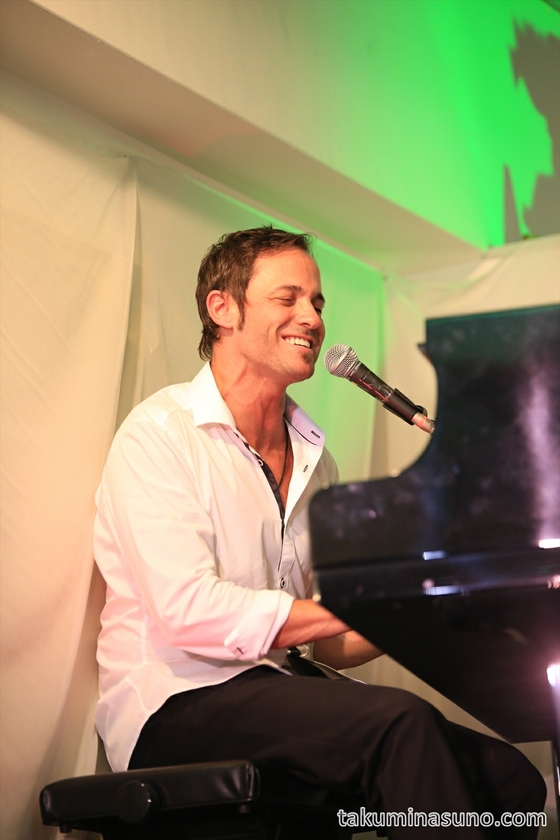 He does play the piano, too. The great story about his piano skill is that he learnt it with his guitar. He got one sound of the guitar and looked for the same sound from the piano. The repetition of this training is how he mastered the piano after the guitar. Look how he enjoys playing the piano while singing. His smile makes people smile. 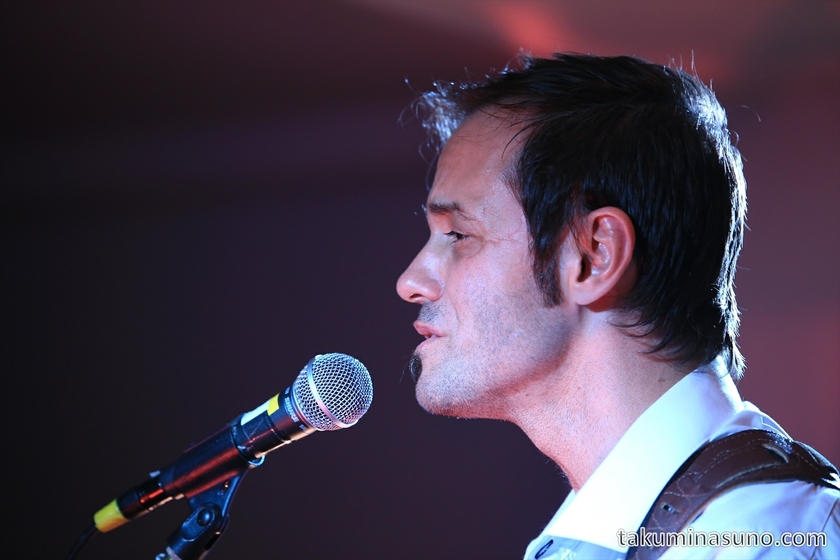 On November 23, 2014, he held his first Japan concerts in Yoyogi, Tokyo. It was a big challenge because most of the guests do not understand his French, nor English. That is, his lyrics do not work.

But the concerts ended in a big success. Christian Sbrocca delivered his emotions through the concerts with his warm heart. The guests understood it. They also understood his gentle and cheerful personality.

After the concerts, he spared long time communicating with each of his fans. He told us delightfully, "This is definitely the best event ever in my life."

His songs are often recommended in French conversation schools because of their beautiful lyrics. If you want to have fun and learn French, why not try his songs?

*I uploaded these photos by permission of Christian Sbrocca to let more people know about him.