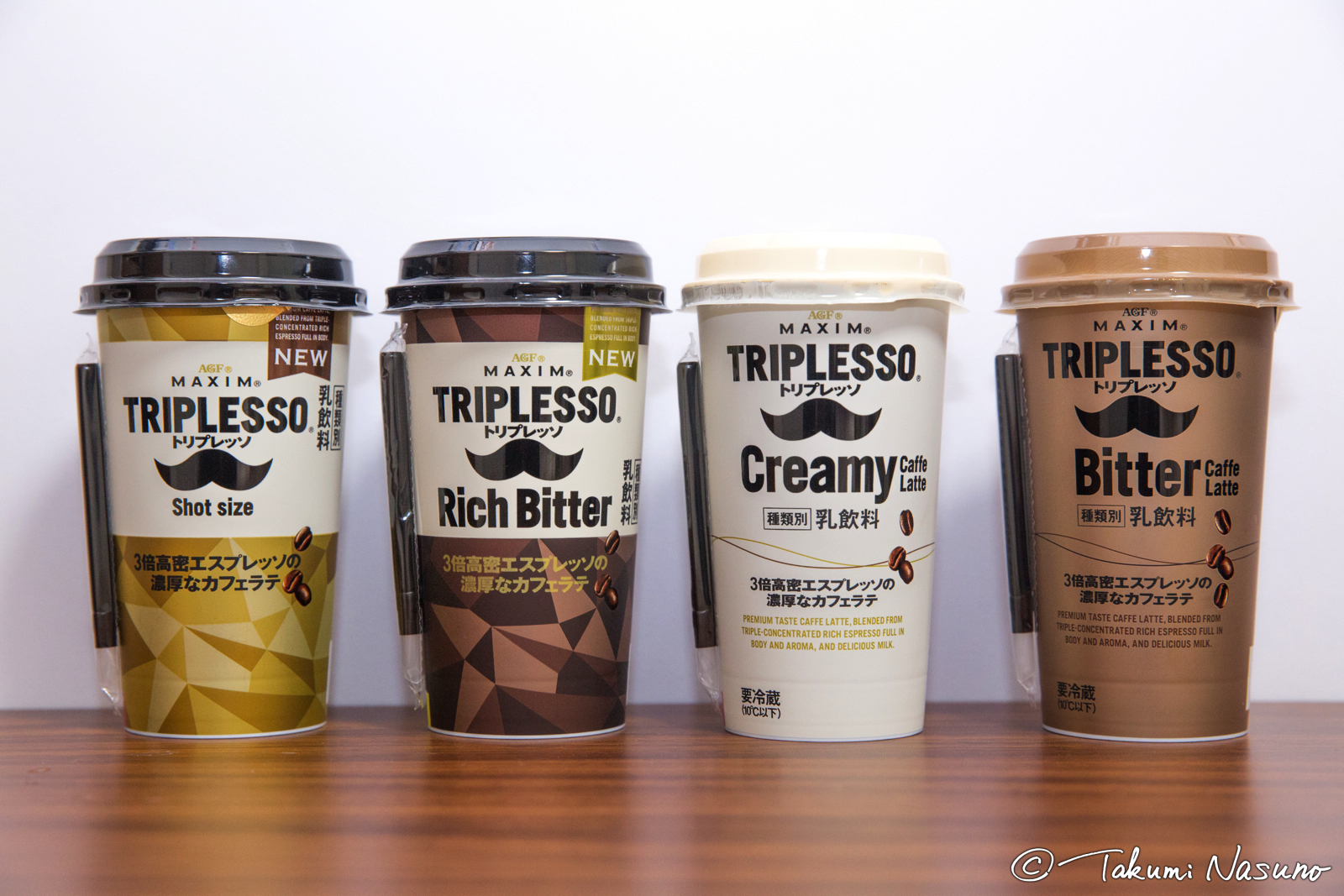 If you wonder what the TRIPLESSO is, please check this past article.

Here're four kinds of TRIPLESSO currently in the market. The two on the left were released in May 2017, and the two on the right has been released this time in March 2018.

It appears like the "Creamy Caffe Latte" is a successor of the normal TRIPLESSO, and the "Bitter Caffe Latte" is a successor of "Rich Bitter". Although there is no public announcement from Ajinomoto AGF, Inc., I guess this case is not an appearance of new products but a renewal of current products since Rakuten Mall now deals with only the new ones. 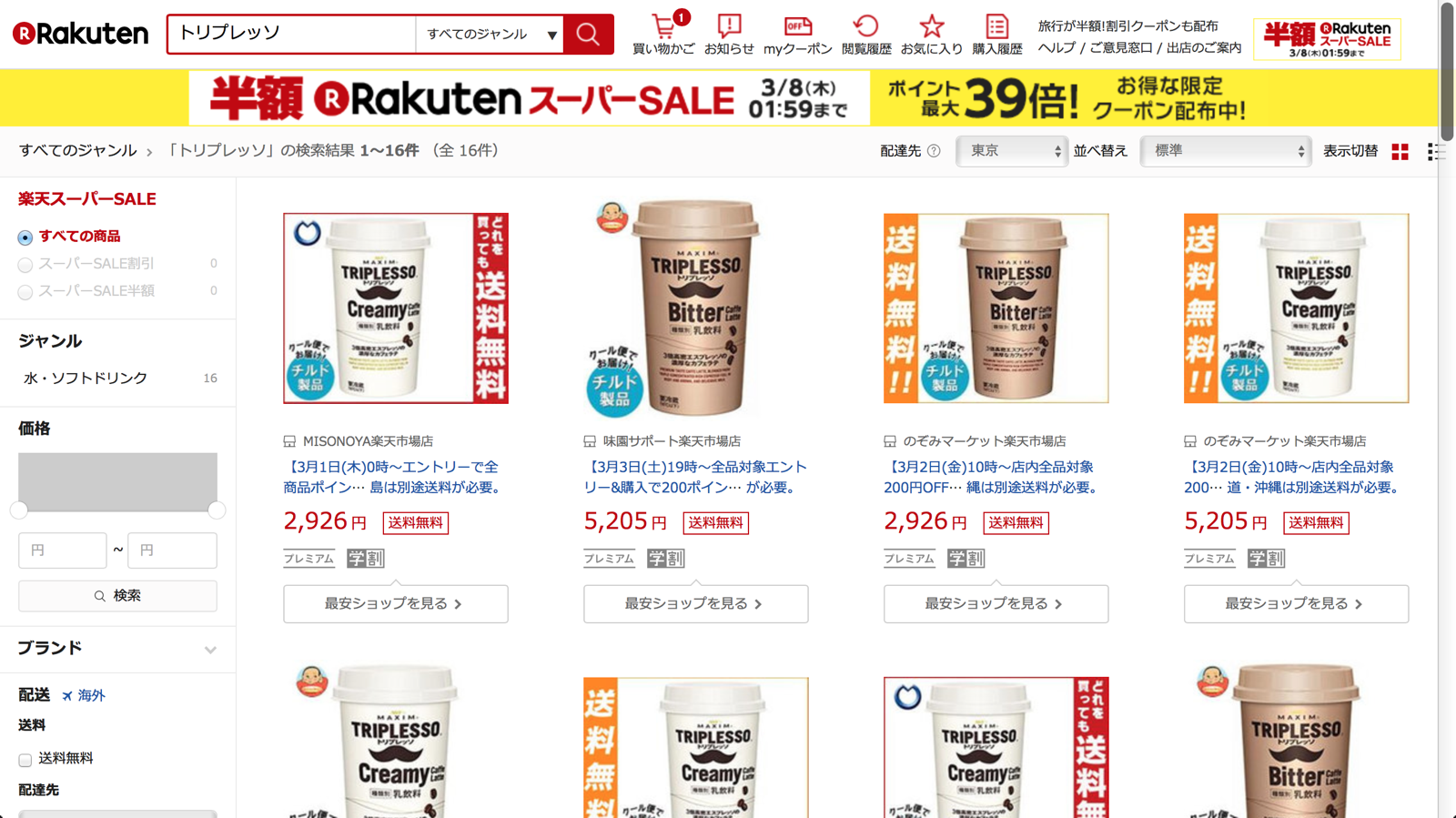 Here're several photos from the other aspects. 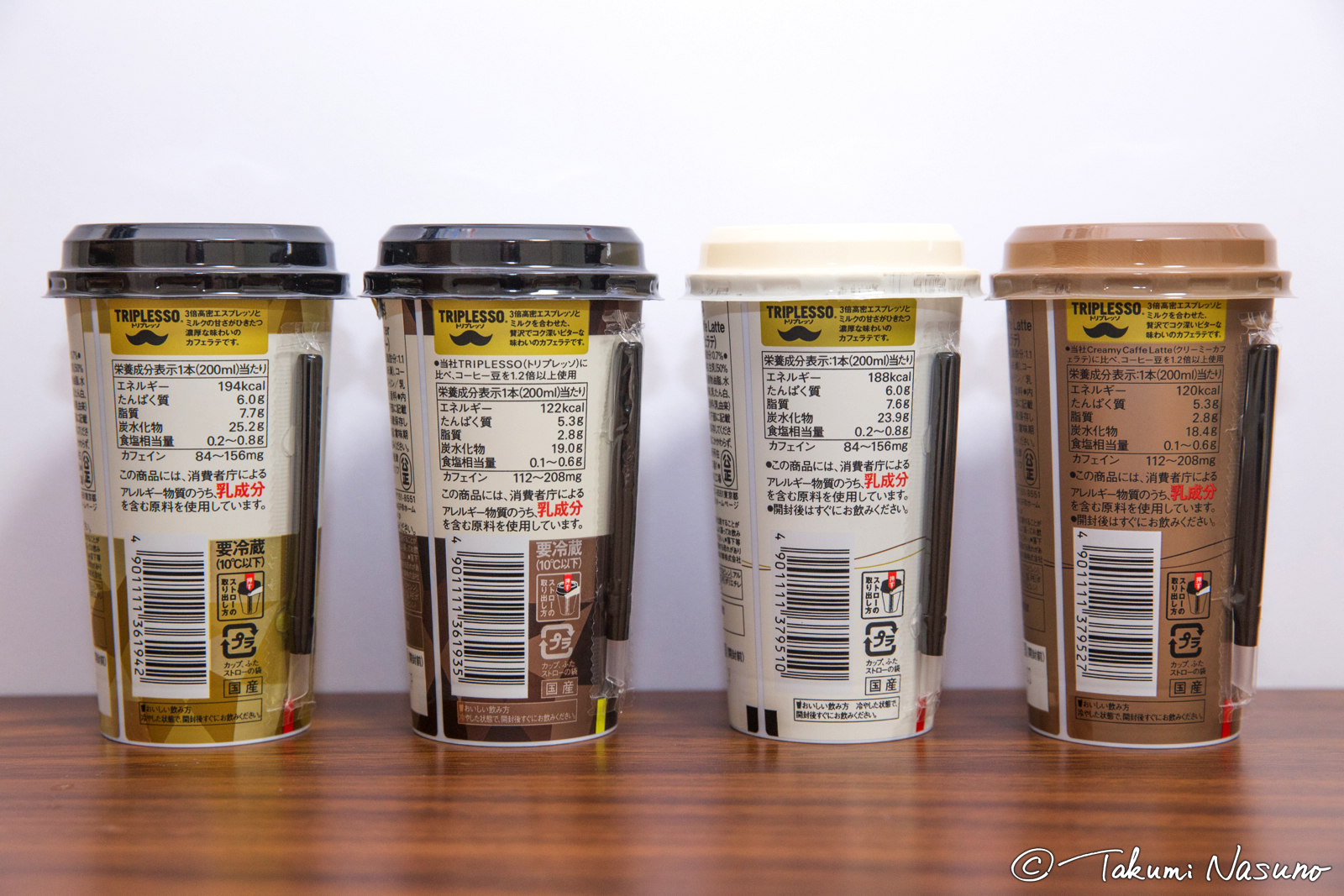 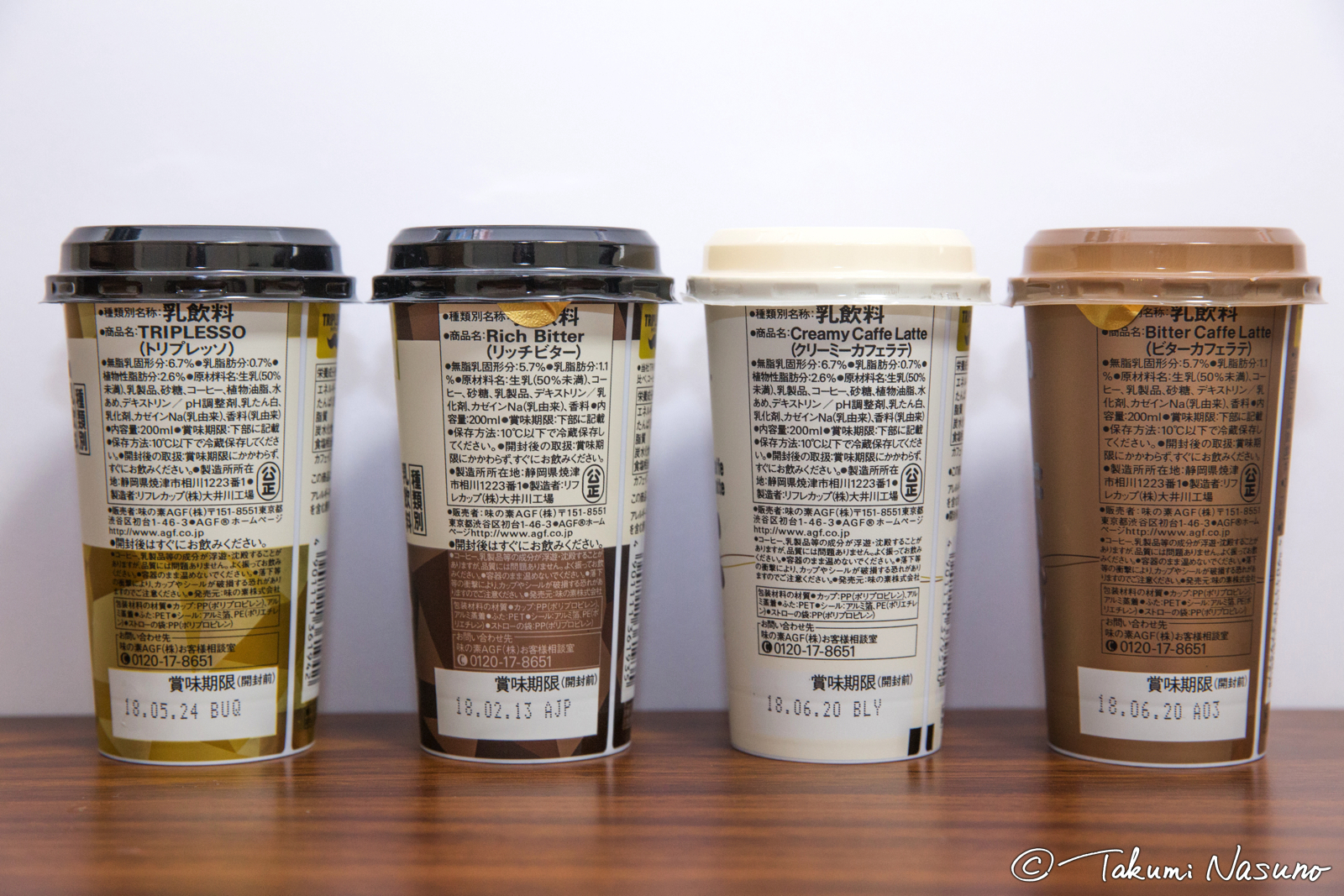 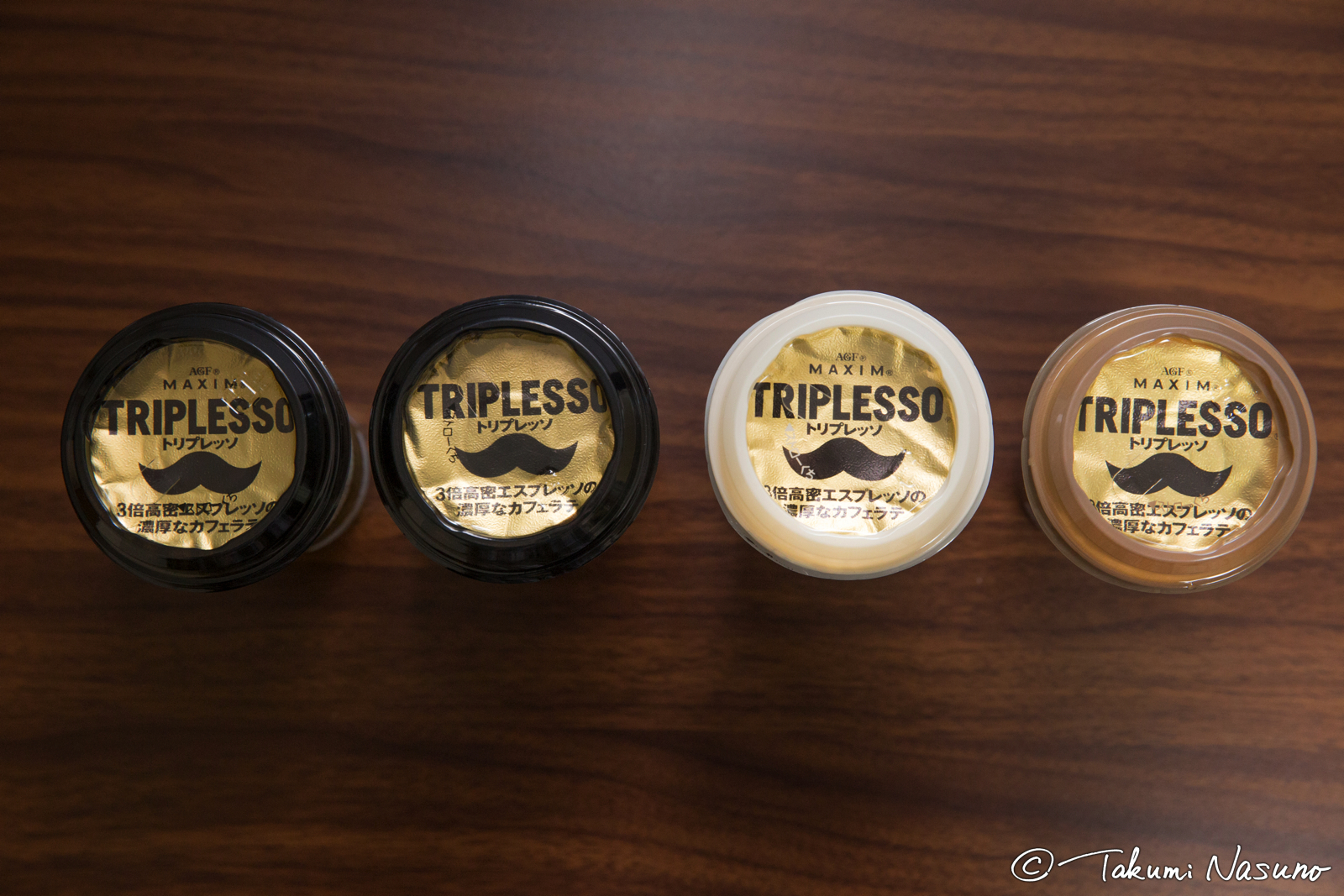 According to the nutritions list, it also turned out that energy, lipid and carbohydrate has been slightly reduced, which makes their tastes rather for majority. To tell the truth, I myself prefer the original ones a little because I love sweet coffee. Thus I wish that four products remained in the market...

Yet, we need to keep watching the change in how the supermarkets deal with TRIPLESSO since we do not have any official information from the company. 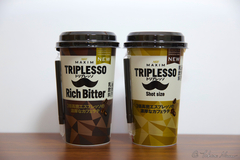